MARCH 20TH, 2019 – WBRS 100.1 FM was invited to a pre-opening event at Mission Dispensaries in Worcester, MA. As Massachusetts adapts to its cannabis legality, the newfound weed culture has come into its infancy. Dispensaries play a large part in educating communities on the cultivation and business of cannabis. As a purpose-driven company, Mission maintains a commitment to informing communities on the benefits of cannabis-based medicines and recreational legalization. Attendees were shown a screening of “Mary Janes: The Women of Weed,” a 2016 documentary that chronicled and investigated the female role in the cannabis industry. Filmmaker Windy Borman was present and answered questions to guide discussion afterward.

The significant takeaway from this event was one of fevered empowerment: the marijuana industry is full of opportunity, especially due to its green (pun unintended) nature does it provide new leadership positions for marginalized peoples. However, that opportunity must be nourished in order for it to reach full growth. Mission’s Chief Experience Officer Leah Heise shocked the crowd — or at least this reporter — with the statistic that “in 2016 [when Mary Janes was made] female leadership in the marijuana industry was 27%. Today it is 18%.” Just as a person shops for their vegetables locally, dispensaries are becoming more normalized and more localized, with consumers taking it upon themselves to seek out purpose-driven institutions that elevate POC, LGBTQ+, and women. 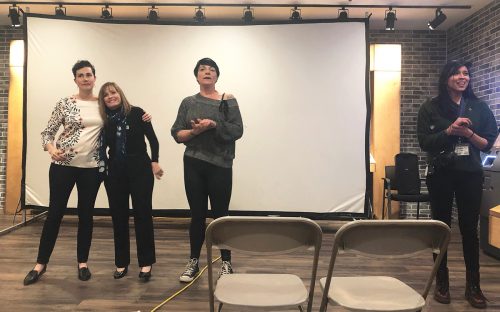 While Mission Worcester has not yet opened its doors, it expects to do so within the next few weeks. True to its name, Mission is a different kind of dispensary, whose commitment lies not just in filling orders, but fulfilling each individual’s personal needs. Whether you’re new to the world of cannabis, or just to the rules of recreational use, Mission knows that a first-time cannabis purchase can be intimidating and works to educate its patients and customers to create a more informed society when it comes to cannabis use. Mission currently operates five legal cannabis retail operations in Illinois, Maryland, Massachusetts, and Pennsylvania. 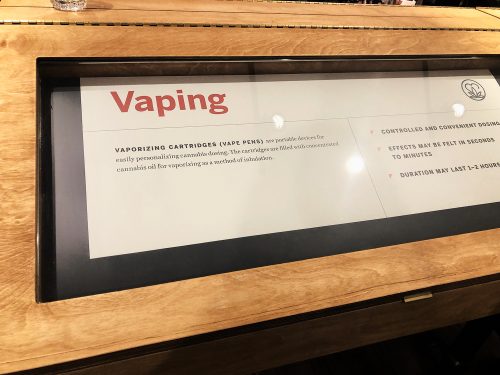 The pre-opening event certainly fulfilled Mission’s mission; an atmosphere of camaraderie and happiness filled the warmly-lit room. It was revealed that the legal battle for the building we currently were standing in had started years ago and got tied up in bureaucracy and the thorny patch that was brand-new legalization. There was a poignant sense of deserved pride. Employees mingled with community members, people of all ages relaxed in the assembled chairs as well as lined the wall. Platters of snacks filled the waiting room. I certainly got the sense that this building would soon represent its own community. For marijuana users and those new to the scene, regulation is the first step to comprehension. Regulation leads to healthier, safer cultivation, new business ventures, and education.  As the documentary argued: “regulation works” and that message was abundantly clear. Overall, Mission Dispensaries held an informative and valuable event that highlighted the role of women in weed and their subsequent marginalization as well as promoting the legalization of cannabis in a wholesome and constructive manner.