On Friday (July 16, 2021), Boston’s Big Four & Bars Over Bars reinvigorated the pulse of live Boston-based hip hop, letting it beat against the walls of The Jungle Community Music Club in Somerville, MA. 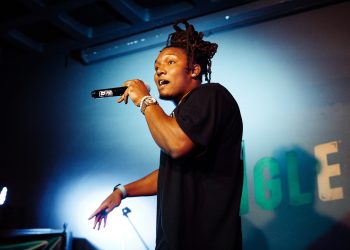 Hero The Emcee — a Boston artist and founder of Bars Over Bars — kicked off the showcase. His tracks, which seem to try to preserve old-school hip hop within a modern framework, were rich with references to what he calls home: setting the tone for a night filled with Boston camaraderie. Other artists that followed include JFX, Shawn Mics, Boujeeboii Zoot, and MISHA, all of whom left their mark on the stage.

If The Jungle were really that — a forest dense with the overgrowth of a bloated music industry — then Tre Michaels was the machete that cut through the thicket, carving out his own path in the wilderness of hip hop and performance arts. Starting out his set with “Count It” (which, if I were to do as the title suggests, is one of his most streamed songs on Spotify), Tre brought a new energy to the quaint venue. Tre proved from the first note that everything surrounding a live performance (e.g. audience engagement, stage presence, a solid foundation of enjoyable music) comes naturally to him. Some of the other fan favorites that Tre performed include “Bouncin’,” “Safe,” and “Blue Hill To Brentwood.” 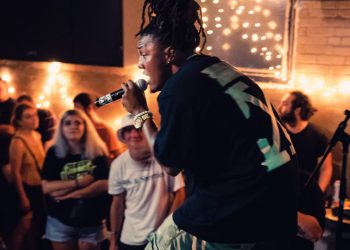 Tre fosters connection through his music — from his musical storytelling to the way he performs — so when his fans rap his lyrics back to him at a live show, there’s an emotional feedback loop that doesn’t even break when the track ends. Tre undoubtedly brought this showcase to a new level.

Boston’s Big Four & Bars Over Bars showed us that, even in the microbiome that we perceive the Boston Hip Hop scene to be, there exists diversity in how bars are dropped and how fans are copped.