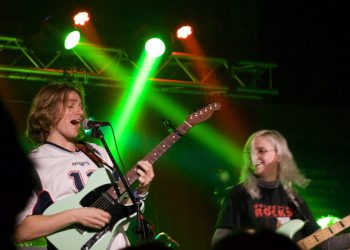 Standing in line on Brighton Ave. and we can hear the pulse of the bass drum start. Everyone is antsy to make it to the front of the line and through the door. We get our pink wristbands and tickets and speed through the metal detectors. The hall is already packed and Flipturn is jamming on stage as we begin to weave our way through the crowd.

Flipturn is a Florida-based indie rock band that—like many of the best, started in a garage. The group is made up of members Dillon Basse, Tristan Duncan, Madeline Jarman, Mitch Fountain, and Devon Vonbalson. Their latest release was a live Audiotree EP full of recordings of some of their classics like August, Fletcher, and Six Below. Unsurprisingly, the live versions of their songs are just as good, if not full of more energy than their studio recordings, a true testament to their talent and chemistry as a group.

This carried into their performance at Brighton Music Hall this past Sunday. Having entered right as the band was beginning their set, the energy was already bouncing off the walls of the sold out show. While lots of their music may fall into the indie rock genre, anyone who is looking for lively and fun music would enjoy their sound. As we weave through the packed crowd we are bumped by friendly, fellow listeners dancing with their friends. Basse and Jarman are jamming out and bouncing around the stage, switching between singing at each other and turning out to the crowd. Their excitement carries out into the room and you can see the crowd pulsing as people jump and sway their arms around.

While their music is full of lively energy, their lyrical talent is also clear to the crowd. You can tell their fans are not only there to hop around and have fun with the band, but because they feel the meaning of the songs. You can feel the spirit of the lyrics moving through everyone. For the latter half of their performance they begin to play some new songs that have yet to be released. Even though the crowd wasn’t familiar with the songs, the energy stayed high and the band went all out swinging their guitars and drumming. Basse sways over to Duncan and they play side by side while Fountain jams in the back. Soon Vonbalson goes crazy on the drums and everyone goes wild. The chemistry of the band carries into their chemistry with the crowd.

As they play August you can feel the energy releasing from everyone. People raise their hands, and as the crowd screams in unison “August, honey, you were mine!” there is an untouchable feeling flowing through everyone in the room. Flipturn has an unmatched positive energy as a band and anyone who gets a chance to see them perform should absolutely do so. (They also have new music coming out soon, so keep an eye out!)

After Flipturn exited the stage the lights turned low  and everyone began screaming for Wilderado. They walked onto stage in the low light and once again the crowd hyped up. It was another wonderful set and the encore Rubble to Rubble was an unforgettable experience.

Photos of Flipturn and Wilderado by Alev Yorulmaz. 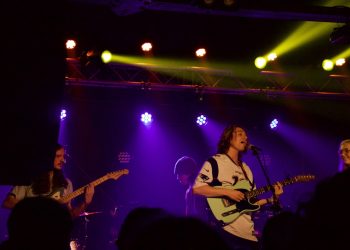 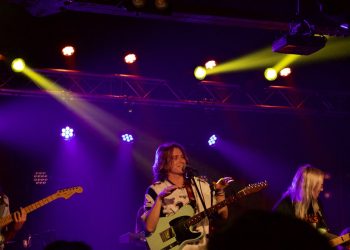 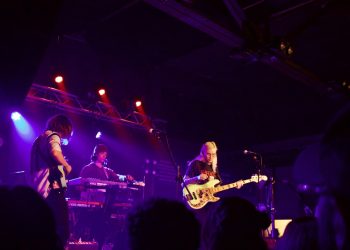 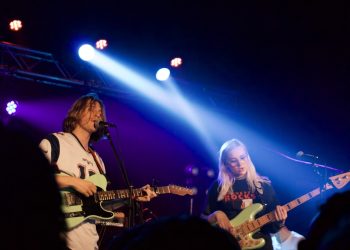 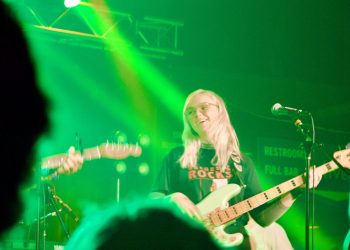 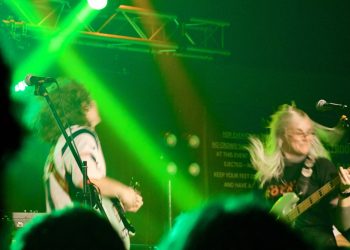 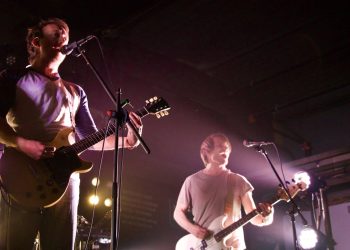 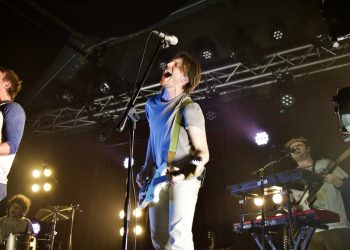 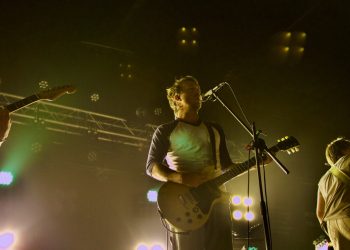 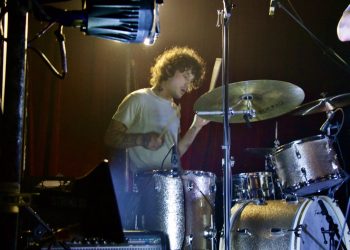 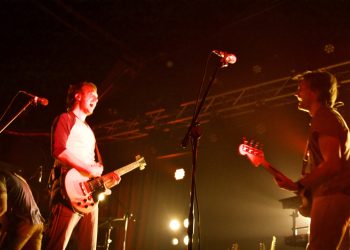 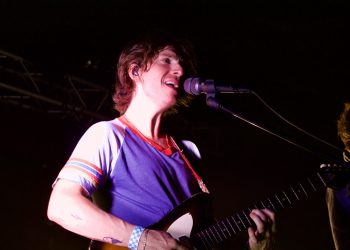 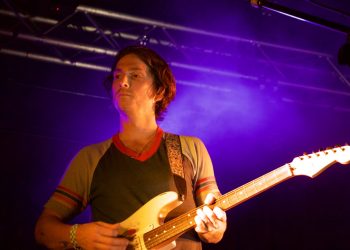 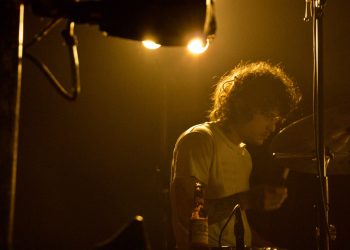 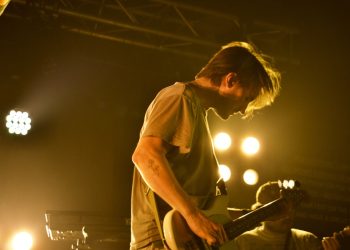 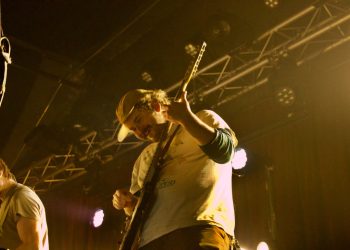 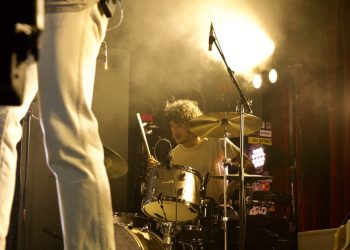 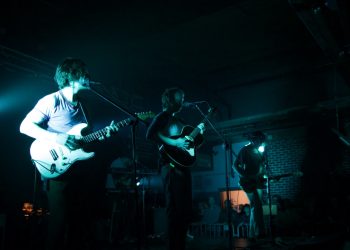 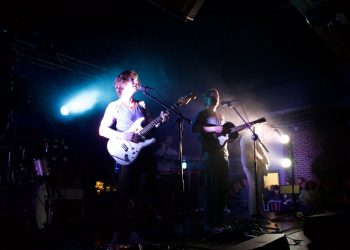 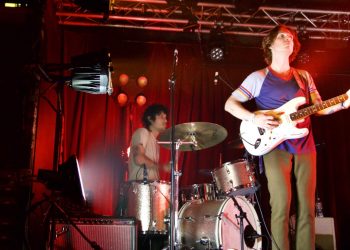 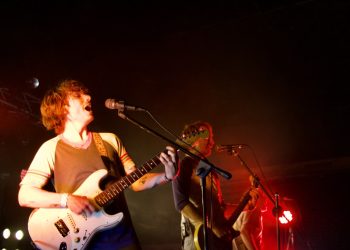 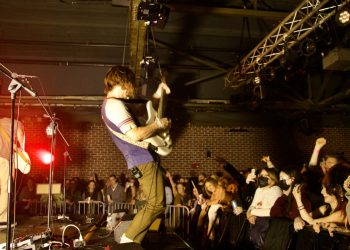 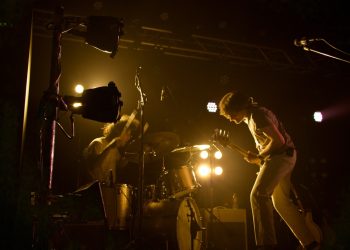 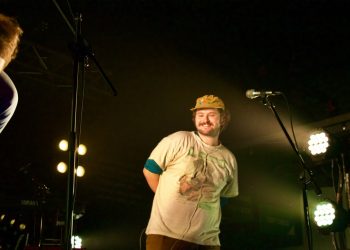 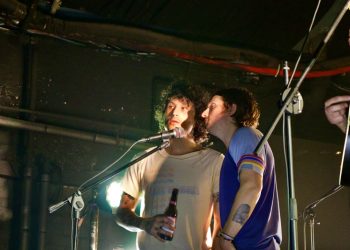 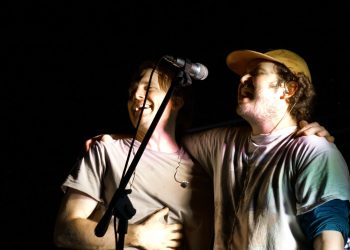