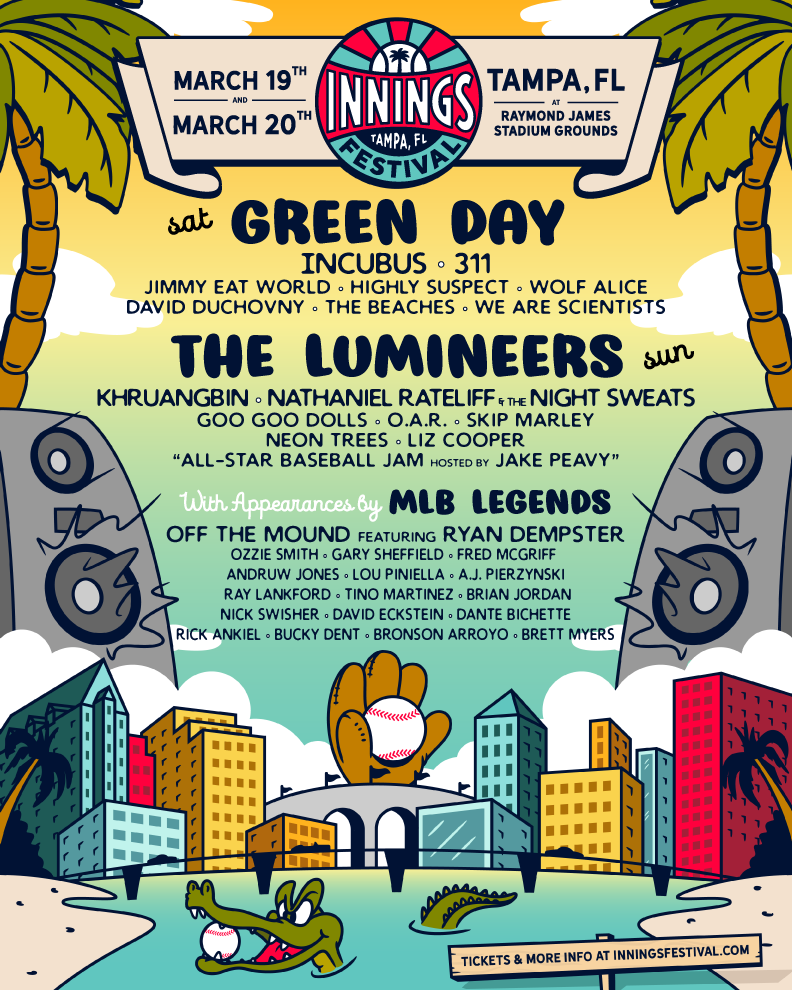 By Joshua Hertz, Sports Director — It was bright and sunny the afternoon of March 20th, as thousands of fans poured into the grass parking lot of Raymond James Stadium in Tampa, Florida. Upon entering, fans of baseball and music were greeted by the many sights, from the inflated giant glove, to the three stages, Home Plate, Right Field and Left Field. Throughout the day, bands from a diverse set of genres would alternate between Home Plate and Right Field, while famous athletes would be seen at the various baseball setups and occasionally at Left Field.

On day one, nine acts were featured, and each set started after the previous set began, with the day starting at 1:30. The focus of the first day was hard rock and alternative music, featuring a blend of artists of different backgrounds and successes.

The festival got off with a strong show from indie rockers We Are Scientists. The band kept the energy high with feel good rock, and seemed excited to perform despite the afternoon heat. The 45-minute set was the perfect way to kick off the event

Next up at the Right Field stage were The Beaches, an all female rock group from Toronto. The alt-rock group opened up with a fun jam “Desdemona”, and had an awesome sound. The group sounded akin to music heard on a few WBRS shows and had a great energy level to it live.

Back at Home Plate, former X-Files star David Duchovny took the stage. The actor played rock music with a backing back that was rather generic in sound. While Duchovny is a talented actor and was not a bad musician, his set was a bit lackluster. 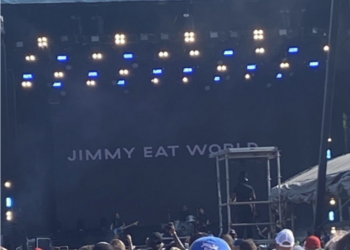 Next over at Right Field stage was English alt rock act Wolf Alice. Another female-led indie group, the band drew a pretty big crowd and took the stage as many festival goers had just arrived. Despite the continuing extreme heat the band had a great time and kept the energy up as one of the first bigger acts of the first day.

Back at Home Plate, the first true major act of the day, Jimmy Eat World, took the stage. The Arizona emo rockers kept with the event’s baseball theme, with their drummer wearing the cap of their hometown Arizona Diamondbacks. The band previously had been a fixture at the Arizona editions of Innings Festival, and drew a large crowd for their show. The band excited the audience with hits such as “Pain” and “Bleed American”, before closing out the set with their signature songs “Sweetness” and “The Middle”.

Next up was Highly Suspect of Massachusetts, who took the stage as the sun started to set on Tampa. The hard rockers drew in a decent crowd but also found themselves playing at a peak time for dinner. Nonetheless many fans ate their dinners and watched Highly Suspect from further back, and the band was audible throughout the entire area thanks to their high volume, heavy distortion sound. 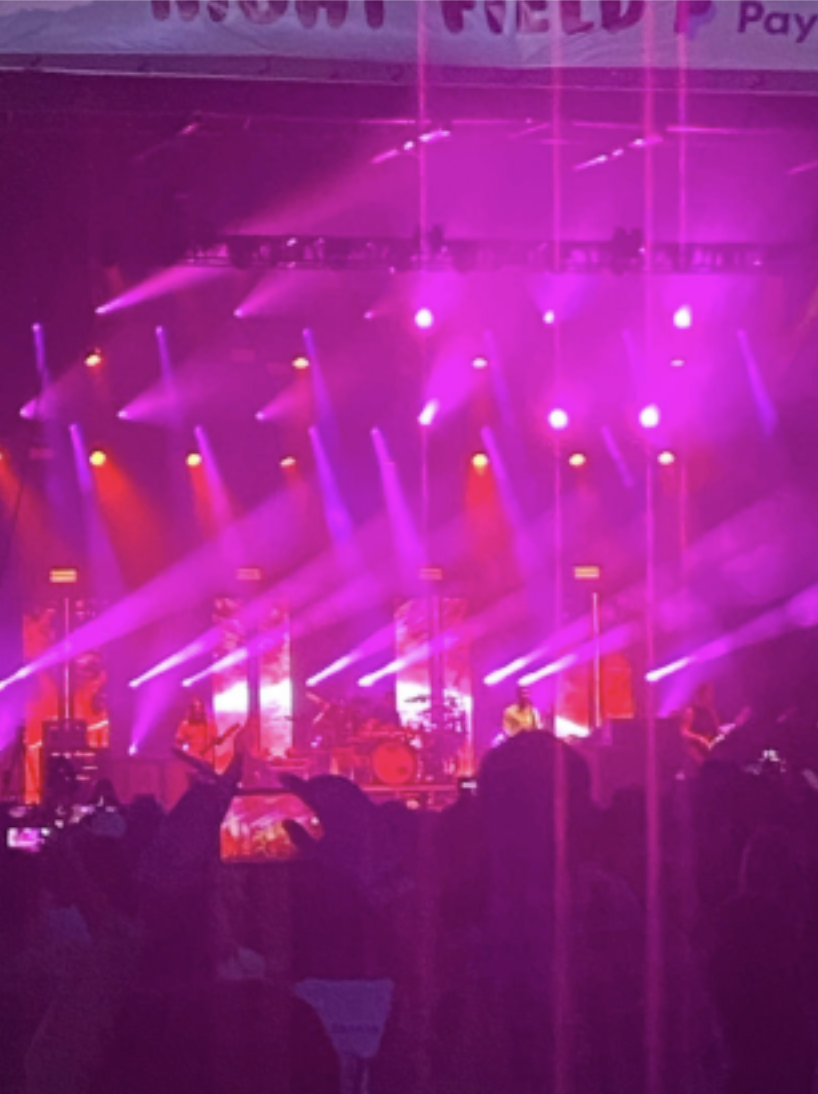 Before even taking the stage, Incubus fans crowded the Home Plate stage in anticipation of the 90s rockers. With a giant electronic screen displaying psychedelic imagery and the eclectic mix of turntables with alt rock, Incubus played an impressive set highlighted by songs such as “Wish You Were Here” and “Stellar”. The band continued the baseball theme with their bassist’s Mets cap and the drummer’s Rockies cap. The group notably did not play hit song “Dig”, but closed out with their biggest hit “Drive”, a favorite of WBRS’s own Ariella Weiss.

Fresh off of their signature concerts on 3/11 and 3/12, the rap-rock outfit mixed reggae, hip-hop and alternative rock in a fantastic set. Playing big hits such as “Beautiful Disaster”, “All

Mixed Up” and “Come Original”, the group’s electronic screens and eclectic style wowed the audience. The band ended on a strong note with a cover of “Love Song” by The Cure along with their breakout hit “Down”.

One of the most well known names in modern rock, Green Day continued to amaze with their pyrotechnic, large electronic screen extravaganza. The band played a multitude of massive hit songs off their big albums Dookie and American Idiot, as well as their other major singles. The band strayed away from newer material, only playing two songs from their last two studio albums, and notably covered “Rock and Roll All Nite” by Kiss. The band also played Insomniac album track “Stuck With You” as a part of their regular rotation for the first time since their original tour for the album in 1996. The band proved why they were the headliners of the first day of the festival, from inviting audience members on stage and giving one lucky fan a guitar, to frontman Billie Joe Armstrong’s curse laden shouting. As the set wrapped up, fans left excited from the amazing sets, and many were excited for the next day’s music.